The Homegrown Cities Project,URBZ/Urbanology, Mumbai/Goa: common sense to the rescue of Mumbai slums

Like John F.C. Turner, the British-born architect who in the 1970s and 1980s influenced some of the World Bank’s most progressive urban programmes, we believe that decision-making and initiatives on housing related issues are better left at the local level. This is especially true in contexts such as Mumbai, where government-led schemes and incentives to the private sectors have blatantly failed to provide both quantity and quality when it comes to affordable housing. 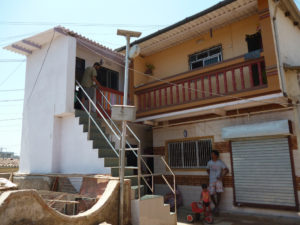 Unfortunately, none of Turner’s ideas have any currency left in the context of Mumbai’s booming (sur)real estate market. Public land is seen as too valuable to be left to the poor. Slums are no longer upgraded and discussions on the ‘right to housing’ seem anachronistic. Entire neighbourhoods are wiped off the map and replaced by monofunctional housing blocks that represent the degree zero of architectural, urban and social thinking. What is happening is precisely the kind of man-made disasters that Turner was denouncing in the 1960s and 1970s! All over again. 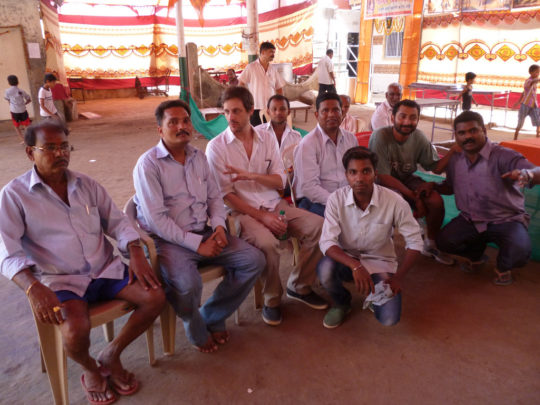 For the past 6 to 7 years, URBZ has been working in parts of Mumbai hugely disserviced and misrepresented by the ‘slum’ label affixed to them. It doesn’t help them get urgent support and planning. Quite on the contrary, it puts them on the map as raw material for redevelopment, and at the end of the queue for municipal services. The ‘slum’ label also perpetuates a hugely negative image that is often far from what residents and visitors experience.

Bhandup, for example, is called a slum by the municipality. We prefer to refer to this hillside settlement located in the northeastern suburbs of Mumbai, as a ‘homegrown neighborhood’. We have been active there for a few years, documenting local construction techniques and contributing to the construction of a Hindu temple. From above, Bhandup looks a lot like a Rio favela. Within it has the same vibrancy and similar infrastructural issues. The area is typically low-rise, high-density and pedestrian. It is also mixed-use, hosting a great variety of businesses within its residential fabric. Every time we visit the area we see new houses being built by local masons and residents. Each of them occupies a 150 to 200 square feet area, and has one or two floors. Bhandup residents have access to water and community toilets, and electricity is available everywhere. Most people have television and cell phones. No one there is dying of hunger. What this neighbourhood needs most is to be recognized as a viable form of urbanization – not as a slum. The efforts of its residents and local constructors should be supported.

Our contention is that only by working within the existing fabric and with local actors, can urbanists, architects, engineers and policy makers contribute meaningfully to ongoing user-lead improvement in homegrown neighbourhoods. This is why we have just launched the project Homegrown Cities that aims at demonstrating that common sensical alternatives to ‘redevelopment’ do exist. 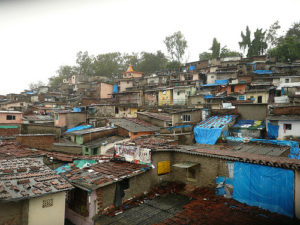 Our aim is to help improving construction techniques and to promote the creation of cooperative housing societies that can take an active role in managing and planning the area. We want communities to have a strong voice in how they develop. We also want to provide opportunities for cross-learning and technical collaboration between residents, local builders, and professionals from outside. This aspect of the project will develop incrementally, along with the neighbourhood. 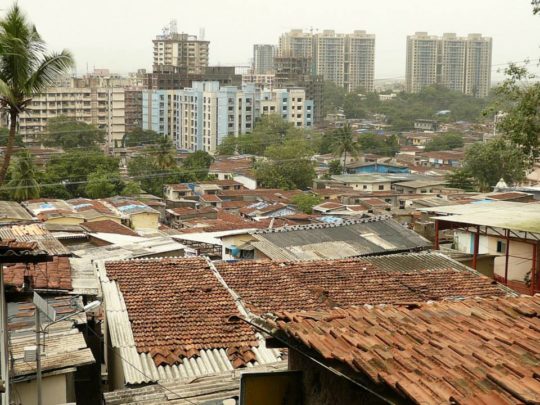 Our departure point is at once modest and ambitious. We want to build a house, together with its future users and a local mason that we have been following from some time. Once completed the house will be sold at the same price as any other small house in the area. Houses that are put on the market locally are usually sold within two months at most because there is an enormous demand for affordable housing in the city. We will then repeat this process until we build a critical number of houses. We want to innovate as we go, learning and deepening our relationship with the residents. One of the many things we have in mind is the creation of a fund that would allow us to put new houses on lease, so that even those with no access to capital can get access to housing. If successful, we intend on expanding this model in other places.

We have launched a crowdfunding campaign, which we hope will allow us to raise enough capital to demonstrate the validity of this approach. This pilot project can then be repeated again in Bhandup and at other places – each time bringing global exposure to local actors and contexts, and vice versa. This hybrid model, relying on local market dynamics and the solidarity of the ‘crowd’, should allow us to revive some of the best features of the Turner inspired schemes of the 1970s and 1980s, while addressing some of their shortcomings. 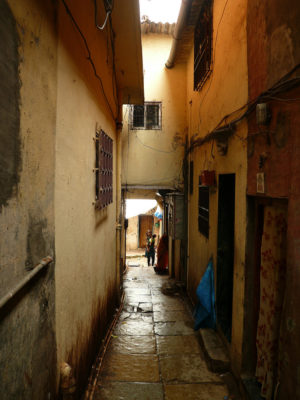 A few ways you could help:

You could contribute financially via our Homegrown Cities crowdfunding page. You could ‘like’ Homegrown Cities and share the project with your network of family, friends and colleagues via our Facebook page, and you can follow us on Twitter @HomegrownCities. You could offer your expertise in the following realms: legal, political, engineering, fund-raising and design. If you wish to read more on the project, please see our post on URBZ.

Matias Echanove and Rahul Srivastava are co-founders of URBZ: user-generated cities and The Institute of Urbanology. They also co-author the blog airoots/eirut. They live and work in Mumbai and Goa respectively.