The Pixel HUT is a visual and interactive structure – part architecture design, part performance installation – challenging the identity and function of the primitive hut, which has now been presented in three different iterations. It’s an ongoing interdisciplinary design research project by HUT Architecture in collaboration with Universal Assembly Unit and Dinner at 29.

“The primitive HUT is not only the origin of built form, but is also the very personification of all that is right in architecture”, wrote Abbe Laugier in 1753. In an age when the traditional notion of shelter and intimate community rituals are increasingly played out on social media, Pixel HUT, a collaboration between HUT Architecture and Universal Assembly Unit, re-designs the hut, creating an immersive digital experience encouraging interaction by visitors with the physical structure through the use of their smart phones. 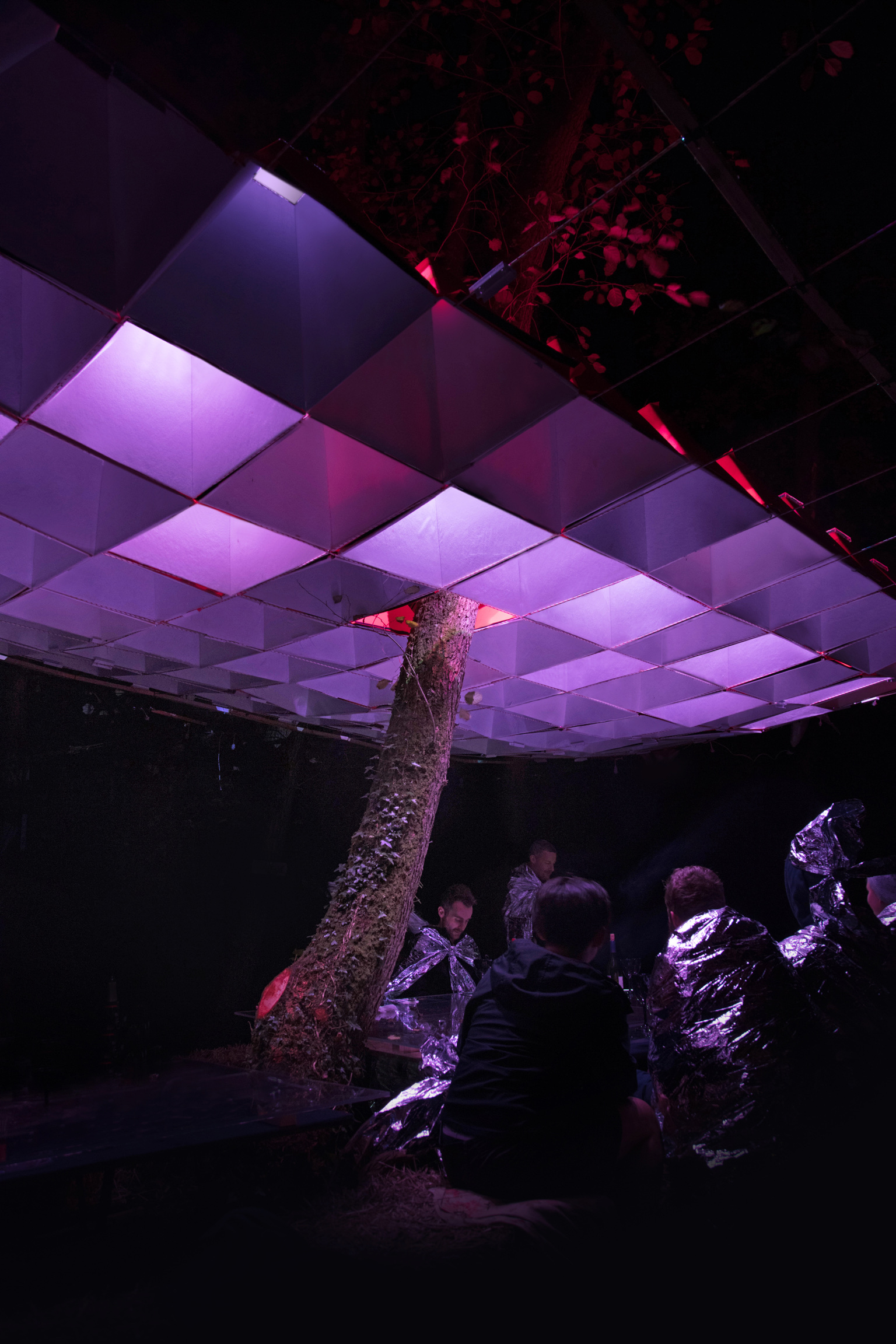 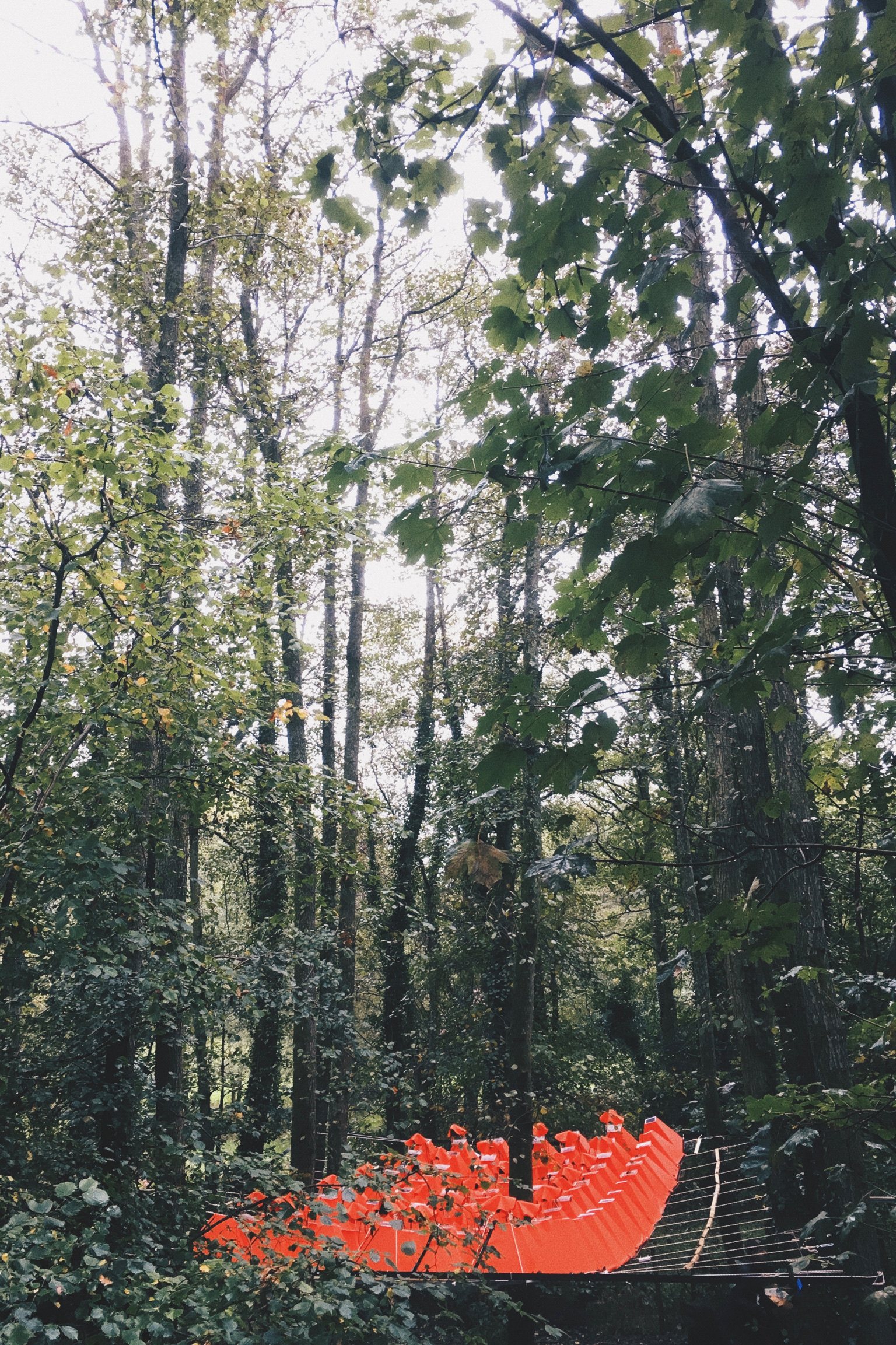 The primitive hut has been deconstructed into its universal elements – a roof, table and ground plane – and is reconceived as a modern, lightweight and interactive environment. A pixelated canopy stretches over the heads of occupants providing light, shelter and a shared digital space for guests gathered around a two way mirrored table which reflects the pixel lighting above, periodically erupting into a dazzling display of light in response to users incoming notifications. Each pixel has been installed with an interactive LED spot light, suspended via a lightweight Cartesian grid.

The canopy, table, and the people are connected through a “digital conversation” of incandescent light, creating a shared digital space linked to mobile devices which “performs in response to its guests as it plays host to a immersive and lavish feast of ‘uninstagrammable’ food created by @dinnerat29 “, say the architects.

Pixel Hut mark 1.0 was originally constructed in East Sussex in September 2017, suspended between trees in leafy East Sussex, Each time Pixel HUT’s location and context changes from a rural to urban environment it is adapted. The third version was installed at Bankside Open Spaces Trust‘s Marlborough Sports Garden in Southwark near London Bridge for the London Festival of Architecture, creating an attractive temporary space for social interaction and pixellated canopy shielding visitors from London’s July sultry heatwave from where they can watch ball games in action on the other side of the space. It embraces its outdoor setting, with the pixels’ dichroic lenses illuminated by sunlight and highlighting the Hut’s colours. It may be installed in the Sports Garden for a longer period – watch this space!