On 4 February the Guangzhou Municipal Government announced that West 8, the international office for urban design and landscape architecture, had won the Guangzhou Fangcun Huadi (Flower Village) Sustainable Masterplan competition for a 2050 hectares (450 of which is wetlands) in southern China. Appropriately enough, in view of the fact that West 8 are Dutch, it is a former delta land with a legacy of traditional horticulture. 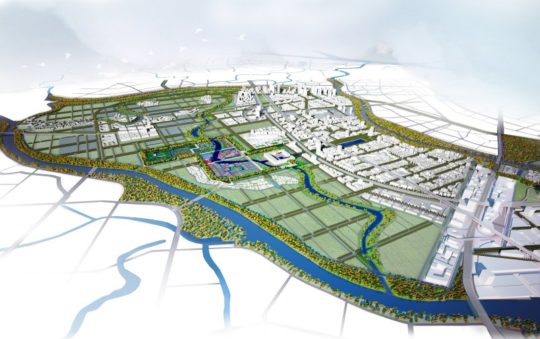 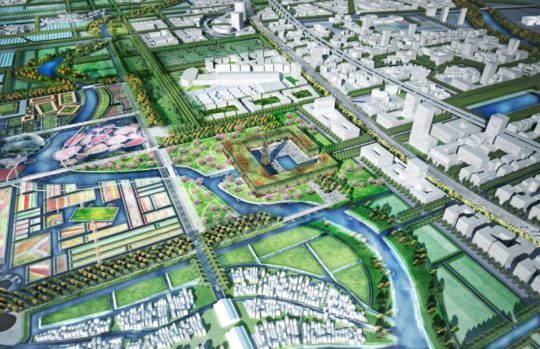 With rapid urban development expanding and transforming the horticultural industry, land use has become fragmented and disorganised, nature has been pushed back and there is noticeable eco pollution.

The Government badly needed a sustainable solution, and West 8’s plan includes new living and industrial environments with an ecological water system, based around a new zoning plan for horticultural land and urban uses, wetlands, and a masterplan for the International Flora Expo designed as a compact space, which will be a focal point and economic generator for the whole development, supported by a car-free village of museums, hotels and restaurants, eventually after the Expo becoming a metropolitan park for the city. 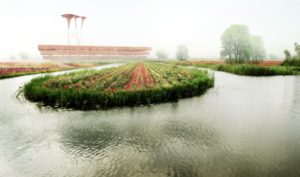 The ecological water system rearranges the structure of land use, with a primary water collection system, a secondary water collection system with water locks and a tertiary water network of canals which will relate to the historical axis of the city and Fushan, its neighbour. With systematised land use for horticultural industry, improved logistics and the achievement of low CO2 emissions, the strategy also creates a robust structure for healthier urban development.

Major existing infrastructure, historic monuments and recent housing developments are to be preserved, and pocket parks, a green inner courtyard and a riverside park with cycle paths will be introduced, in order to create an overall coherent recreation and mobility network of boulevards, squares and parks.

West 8 has an international team of 70 architects, urban designers, landscape architects and industrial engineers, and has developed projects across the world in locations including Copenhagen, London, Moscow, New York, Madrid, Toronto and Amsterdam. It came to recognition through schemes such as Schouwburgplein in Rotterdam, Borneo-Sporenburg in Amsterdam, Chiswick Park in London and Expo’02 in Yverdon-les-Bains, Switzerland. Recently won competitions include Toronto Waterfront in Canada, Governors Island in New York and Playa de Palma in Mallorca.