The aim of the Sustainable Urbanism – New Directions Workshop, Dr. Anna Grichting, Qatar University, curator of the international event, explains, was to discuss new directions in sustainable urbanism with a particular focus on the social sciences. Architecture and urbanism are between disciplines, across disciplines: in a marginal space – the border – which contemporary philosophers such as Gilles Deleuze and Rosi Braidotti describe as the space where the most creative and innovative things happen.

Urbanism is recognised as an interdisciplinary field by enquiry, and it is believed that integrative work has the potential to produce new models, metaphors, concepts and heuristics for thinking about the city. 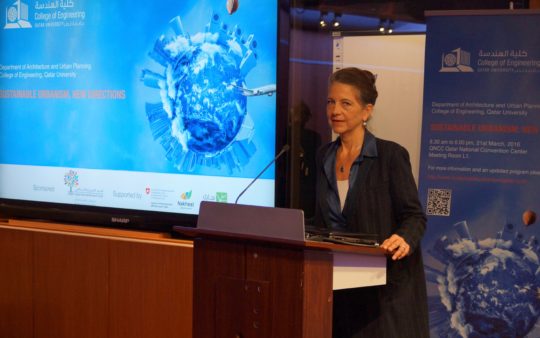 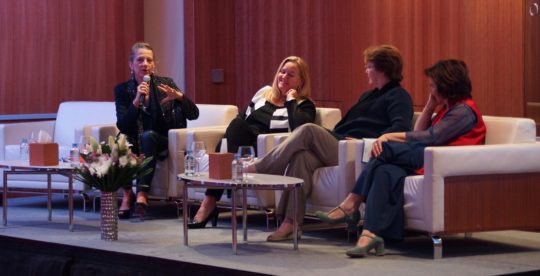 If we are seeking to reach new frontiers in research and to identify gaps in the current research, we should consider navigating from an interdisciplinary or transdisciplinary frame towards extra disciplinary or “anti disciplinary” spaces.

“Anti disciplinary” is a term coined by Joi Ito, Director of the MIT Media Lab¹, as being a space between and beyond disciplines. We are a mosaic of different disciplines, sometimes not even recognising when we are looking at the same problem because our disciplines’ languages are so different and microscopes are set so differently. Ito talks about a “connected society” in which we need to embrace people who don’t fit in any box, strange animals, people who can move seamlessly between disciplines, people who translate and push the boundaries. He says that we will still need disciplines, but that it’s time to focus on a higher mission and on the changes needed in academia and research funding in order to allow more people to work in the wide-open white space between disciplines – the antidisciplinary space.

In his text Extradisciplinary Investigations: Towards a New Critique of Institutions, the cultural theorist Brian Holmes² proposes the concept of extradisciplinarity investigations as a transformative spiral.  This new sort of reflexivity – involving artists as well as theorists and activists in a passage beyond the limits traditionally assigned to their practice – conveys a desire or need to turn towards an exterior field or discipline, to end its isolation, to open up new possibilities of expression, analysis, cooperation and commitments. 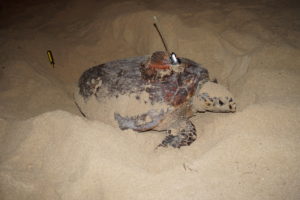 It is imperative that we work with, and not against, nature in shaping our cities and environments. Doing so requires a shift in the conceptualisation of urban plans, and requires plans that begin with natural systems and integrate technological solutions, with the aim to give back to nature and to the biosphere. Planning also begins with people, and increasingly we are witnessing the co-creation of urban projects by communities, NGOs, planners and authorities. City Data is important for the research and planning of safer, smarter and more resilient cities. At the same time, it is important to focus on building smart communities and citizens, and not to focus on a purely technological solution, and to include participative processes in the co-creation of our urban systems and public realm. One such example is the initiative by Social Ecologies founder Nance Klehm to reconnect communities to the soil through composting and urban planting, empowering them to recycle waste, grow food and to improve their economic and physical health.

A healthy city requires populations and communities that are healthy – both physically and mentally. Researchers in cognitive neuroscience at the University of Heidelberg recently published brain imaging experiments that correlated city living with greater stress responses in humans.  This research suggests a new empirical approach for integrating social sciences, neurosciences and public policy to respond to the major health challenge of urbanization. Other innovative research – such as BioGeometry –  combines modern sciences and ancient knowledge of energy, addressing both physical and mental health in built environments, and developing structures to remediate the harmful effects of electromagnetic fields and to heal mental illnesses.

To ensure the sustainability of a rapidly urbanizing planet, it is essential to reconnect people to the soil and to the ocean. Education and awareness are important factors to contribute to these objectives, and it is important to engage students in the workshop and discussions. For this reason, the Soil, Urban Forest and Permaculture workshops held at Qatar University, and the student-led Blue Planet Design were an essential part of the Sustainable Urbanism: New Directions research workshop.

Students had the opportunity to presented their work during the lunch session. Blue Planet Design focuses on the relationship between oceans and urbanization, on water-focused urban design and on the concept of Blue Design. Blue Design – a term coined by Saatchi and Saatchi – goes beyond the Green and looks to systems and designs that are not only carbon neutral but that also give back to the planet. Blue Urbanism – developed by Timothy Beatley – takes as a starting point the facts that our human fate here on the blue planet is intimately tied to ocean health and that two-thirds of our global population lies within 400 kilometres of a shoreline. Blue Urbanism seeks a balance between urbanization on the land and its effects on the oceans.

Our totem animal is the hawksbill turtle, a critically endangered species that nests in Qatar and is recognized as playing the role of indicator species for the relative health of its surroundings, both marine and terrestrial. Marine turtles are some of the oldest surviving reptiles on the planet and are irreplaceable ecological resources. Biodiversity conservation cannot be successful unless local communities both receive their fair share of benefits from local biological resources, and assume a greater role in managing them. It is believed that whether sea turtles ultimately vanish from the planet or whether they remain a wild and thriving part of the natural world will reflect the ability of humans to sustainably coexist with the diversity of life on Earth.

The workshop was held on 21 March, the day of the Spring Equinox, a day in which many cultures worldwide celebrate a New Year of rebirth and fertility, based on nature’s cycles, an auspicious time to discuss ideas that will blossom to create a healthier, socially just and bioculturally diverse planet.

We pray that the extra- or antidisciplinary spaces that we have created within this workshop through the diversity of speakers, topics and events can plant seeds for novel and fertile areas of research. To quote Joi Ito, Director of the MIT Media Lab, “everything we do should have impact [,] should induce us to be passionate and should go beyond incremental thinking. ‘Magic’ means that we take on projects that inspire us.”

Dr. Anna Grichting is an architect, urbanist and musician from Switzerland and graduated with a Doctor of Design in Urbanism from Harvard University. She has lived, practiced and studied in England, Ireland, Switzerland, the USA and the Gulf region, and conducted research in Cyprus, Korea, Berlin and Qatar. She is interested in holistic and systems approaches to design and her academic experience includes teaching at the Universities of Geneva and Harvard, developing an Education Initiative for the Aga Khan Award for Architecture and teaching the Balkans Peace Parks Academic Expedition Summer Course.

Dr. Grichting is currently Assistant Professor in the Department of Architecture and Urban Planning at Qatar University, teaching courses in Sustainable Architecture, Urban and Landscape Design, and Architectural Design Projects. Her fields of research and interest include Blue Design and Coastal Urbanism; Food Security and Food Urbanism in Drylands; Urban Biodiversity, Urban Forestry and Urban Wetlands; the Urban Legacies of Mega Events; Healing Ecologies in Border Landscapes, Cultural and Memorial Landscapes and Ecotourism of Conflict; and Public Art in Contemporary Urban Realm. As a musician, she has performed in the US, Switzerland, Pakistan, and Qatar, and has just released a CD with Desert Bridges in Qatar.