The world is entering into the age of the ‘Social City’: increasingly, citizens are becoming more interested and engaged in shaping their communities, and planning professionals must respond by empowering people to exert their ‘Right to the City’. 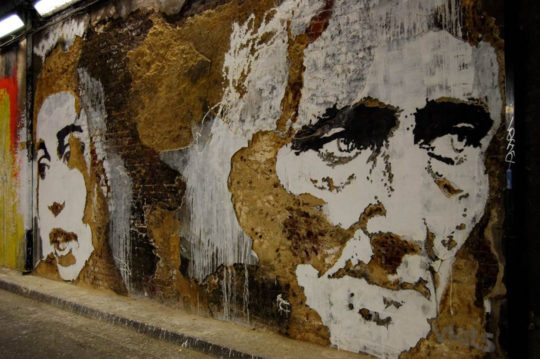 Despite being profoundly affected by the changes that planning and development can bring to a place, citizens and communities are all too often passive bystanders in the planning and development process. Instead of being beneficiaries of development, local people need to be agents of change, helping to define and steer the shape their own neighbourhoods take. The professionalization of the built environment has divorced citizens, ordinary people and everyday life from their places. And that needs to change.

The UK Localism and Neighbourhood Planning agendas, following the 2011 Localism Act which introduced statutory Neighbourhood Planning in England, provides an unprecedented opportunity to place communities at the heart of the local decision-making process by creating important new roles and responsibilities for individual community members and groups. 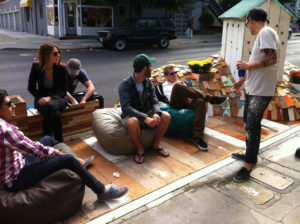 Cities and places are social networks. Streets, spaces, parks, buildings are social media. To understand how a place works we need to understand the networks and flows within it and the activities, behaviours, decisions, actions that govern them. (Photo (c) Kate Nelson, Mend)

This calls for wholesale behavioural changes in the planning process, which has hitherto cast rigid divisions between roles and remits, professionals and non-professionals, us and them, people and place. The community is now a client and needs to be satisfied that each local development is meeting their needs. However, being a client demands skills and capabilities that communities very often do not possess in abundance. We need to help gear up communities to behave like savvy clients. We need to build community confidence to participate and demand the change they want. This raises important questions around how we engage non-planners in the planning process and to what extent are we, as built environment professionals, willing to let go and relinquish some level of control over the development process. Neighbourhood Planning enables communities to draw up a Neighbourhood Plan for their area, and is intended to give communities more of a say in the development of their local area (within certain limits). It comes at a time when many cities are becoming increasingly more spontaneous, DIY and collaborative in their activities. I’m interested in the future role people – both as citizens and professionals – will have in planning our cities in this increasingly, disruptive, DIY and socialized world. 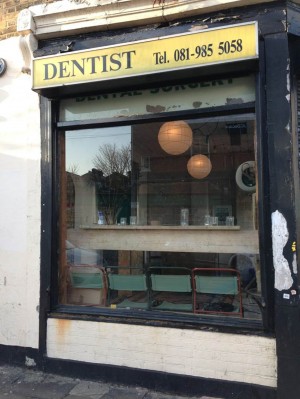 Cities are parallel universes; they exist in our minds as well as “out there”. The purpose of planning should be to make real the connections between them. It is about pulling the veil away: seeing what’s really going on. Who is really using spaces and what for. Exposing the transient and hidden geographies of people whose behaviours needs and movements never register. (Photo (c) Kate Nelson, Mend)

At the moment, planning is a form of version control (the management of changes to documents, programmes, website or collections of information) used to impose a single, official and usually narrow view of what and who the city is for, as superior to other, alternative and informal views. Whilst everyday life and urban reality goes on evolving, the typical ‘grid’ of planning floats above in the abstract, bearing no resemblance to the networks, flows, actions, reactions and mess of the world below. It’s the detail, the experience and the behaviour of places that can only be appreciated at a micro level, which are exactly what gets left out of plans. In them, imaginary lines are drawn around even more imaginary perceptions of place, and the richness and complexity of actually experiencing and being in that place, and what works in it, gets lost in mere snapshots of snapshots. This single snapshot view is at the crux of power struggles and what urban scholars such as Henri Lefebvre and David Harvey call the ‘Right to the City’. Whose version is it? Can we arrive at an approach to planning and design that accounts for multiple geographies, multiple ways of seeing the city and using it? 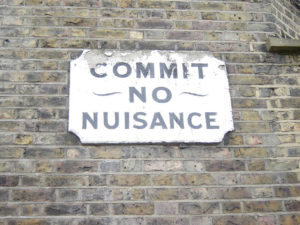 Disruption shouldn’t be an episodic or insolent intervention but an on-going process of challenge of the way cities work and providing inspiration for their improvement. We are seeing a new types of citizen emerge who want to get more out of a transaction and increasingly want more control over outcomes. Challenge is to grow capacity and confidence in local people to get involved in the changes taking place in their city. (Photo (c) Liane Hartley, Mend)

The fact is that many people are still excluded from the planning system for whatever reason. We have seen the problems that arise when people feel they have no right to their city. Taksim Square in Istanbul is a metaphor and battleground for the social struggles and inequalities that exist in that city. We wear our hearts on our streets, as well as on our sleeves. Could neighbourhood planning be an unlikely urban disruptor creating a new type of planning citizen who actively plans and makes their own city on social and everyday lines? I think we are moving away from a model of consumers want and business or state provides – towards responses to consumer wants, in which each consumer makes, borrows, shares, hacks and mashes! We are increasingly doing things for ourselves in a DIY way. We are seeing new types of citizen emerge who want to get more out of a transaction and increasingly want more control over outcomes. Some are prone to this kind of behaviour, others are not. The challenge for us as professionals is to help grow capacity and confidence in local people to get involved in the changes taking place in their city, not supplant or stifle them. I see cities and places as social networks – and streets, spaces, parks, buildings are social media. To understand how a place works we need to understand the networks and flows within it and the activities, behaviours, decisions, actions that govern them.We’ve had the physical city: growing from a need to be close to resources, easily defendable by its physical setting, and catering for basic survival and human need. We’ve had the economic city: spaces of mass capital accumulation, growing upwards exponentially to signal power and wealth. Urban space is a commodity to be traded and coveted for its value and abstract transformation into capital. I am convinced that the future of the city and our understanding of its growth, potential and processes of change will be governed by more overt social drivers. I think we are moving into the age of the social city. 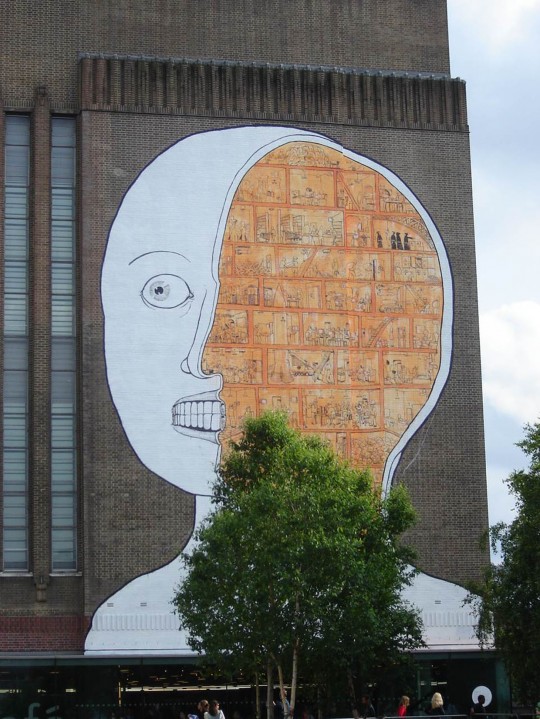 With technology, social media and more open forms of communication, data and information about planning and what is happening in urban space at any given time by whom, when and why, is increasingly available. Could we forge the tools to plan our places more accurately according to how they are actually used, and do it more meaningfully and authentically according to what people want to use cities for? The use of the term ‘people’ is given in its widest sense – not just professionals, politicians and other usual suspects of the planning scene – but those with a richer understanding of the multiple perceptions, views and uses of space of the broad spectrum of people they represent.

Mend is a social enterprise for reconnecting people with their place and city. We help bring planning to a mass audience and find creative and constructive ways to involve non-planners in planning. Mend sees the ‘Community as Client’. We want to help communities and organisations see the importance of creating places and spaces that grow community instead of just containing it.

Liane Hartley (@lianemendsacity) co-founded Mend, a social enterprise specialising in the social impact of change, and making the way projects are commissioned, planned and delivered more socially intelligent and user-oriented, in 2010. She has over 12 years of experience as planning, strategic policy, and responsible procurement consultants. Mend sees the ‘community as client’ and aims to elevate the role of communities in decision-making about their local area and neighbourhood, building relationships across networks, sectors, places and communities to get things done. Its clients range from small community groups to mega-urban transport projects and like-minded developers. Liane is also the co-founder of Urbanistas (@urbanistasuk), a women-led network at the intersection of urbanism, design and social enterprise. Urbanistas believes that as businesses and cities are becoming increasingly social, women are best placed to lead and influence new ways of thinking and doing. The group empowers women to harness the power of networks to deliver the kinds of projects women have always wanted to, but been held back either by personal confidence or organisational timidity. Urbanistas creates a space for women to try out ideas and believe that the best way to start is by starting. Liane’s main interests are in the ‘social city’. Her work explores the role of people and communities in shaping the future city; DIY approaches to urban change; the right to the city; behavioural and human oriented design; cultural representations of the city; informal, hidden and underground urban culture; network theory; and psychological and emotional relationships with place and cities.