The LABoral Centro de Arte y Creación Industrial, a multidisciplinary cultural centre that supports artistic exchange and fosters relations among society, art, science, technology and creative industries in Gijón (Principality of Asturias), Spain, has launched a call for proposals for Next Things 2013 – Next Space, the Second Global Art & Technology Challenge, in conjunction with Telefónica I+D, the research and development company of the Telefónica Group. The objective of the call is to link up art and technology, artists and technology, and unleash the huge potential that lies in combining the creativity and vision of artists with powerful open hardware technologies.

Next Things 2013 – Next Space is looking for innovative and disruptive ideas on the ‘Internet of Things’ in the interplay of art, technology and architecture: art that uses connected/ smart objects/spaces as a medium, or art that reframes, rethinks and reflects on what the role of the Internet of Things could be(come) in relation to physical space. 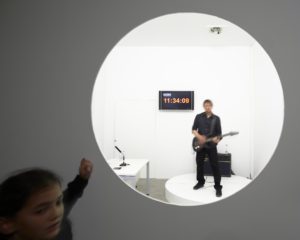 The call, relates to the public space and its appropriation, and is specifically aimed at the generation of artistic proposals stemming from ‘locative media’. It aims to expand the concept of ‘media’ to accommodate new media and technologies, particularly those dealing with the concept of Internet of Things and machine-to-machine interactions (M2M). 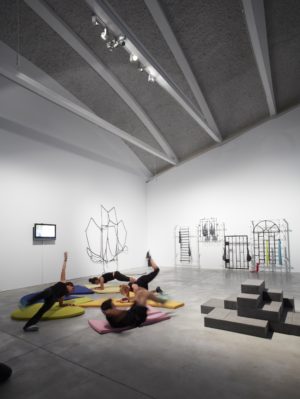 Preferably the proposals using these concepts and technologies will be aimed at the activation of new functions for public space, outlining new possibilities for relationships between citizens in the space, permanently or temporarily. It is about reflecting within this framework and exploring how the Internet of Things, machine-to-machine interactions or ‘smart spaces’ can have an impact on people’s lives from an individual scale to entire societies. Therefore it could relate to familiar spaces, where we work, live, we spend our leisure time, where we relate or almost any place.

All creators working in the intersections of art and technology are eligible and the organisers welcome ideas that could be prototyped and constructed using open hardware platforms. For this reason, people taking part should have the basic ability to build the project by themselves – with the occasional support of Telefónica I&D and LABoral – along with knowledge of open hardware platforms, such as Arduino, and general programming skills.

The selected work will be produced in a six months-long artist fellowship, split between LABoral Centro de Arte y Creación Industrial (through Plataforma Cero, its Research, Production and Resource Centre) in Gijón for two months and Telefónica I+D (Telefonica’s technology research and development arm) in Barcelona for four months. The goal of the fellowship is to enable the fellow to bring the chosen idea to life. 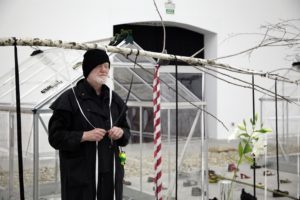 LABoral was founded on 30 March 2007 within the framework of Universidad Laboral, and today, Ciudad de la Cultura (City of Culture). Plataforma Cero is the area of production, research and resources at LABoral Centro de Arte y Creación Industrial. It is constituted by a modular and flexible structure, intended for its functioning, and adapted to different programmes for work groups, individual creators and educators operating in the intersections between science, art, technology, creative industries and society.