Toyo Ito, the 71 year old architect whose architectural practice is based in Tokyo, Japan, will be the recipient of the 2013 Pritzker Architecture Prize, it was announced today by Thomas J. Pritzker, chairman of The Hyatt Foundation which sponsors the prize. The Pritzker Prize honours annually a living architect whose built work demonstrates a combination of talent, vision and commitment, which has produced consistent and significant contributions to humanity and the built environment through the art of architecture.

Laureates receive a $100,000 grant and a bronze medallion. Ito is the sixth Japanese architect to become a Pritzker Laureate – the first five being the late Kenzo Tange in 1987, Fumihiko Maki in 1993, Tadao Ando in 1995, and the team of Kazuyo Sejima and Ryue Nishizawa in 2010. The formal ceremony for architecture’s highest honour will be held on 29 May 2013 at the John F. Kennedy Presidential Library and Museum in Boston, Massachusetts, designed by another Pritzker Laureate, I. M. Pei who received the Prize in 1983. 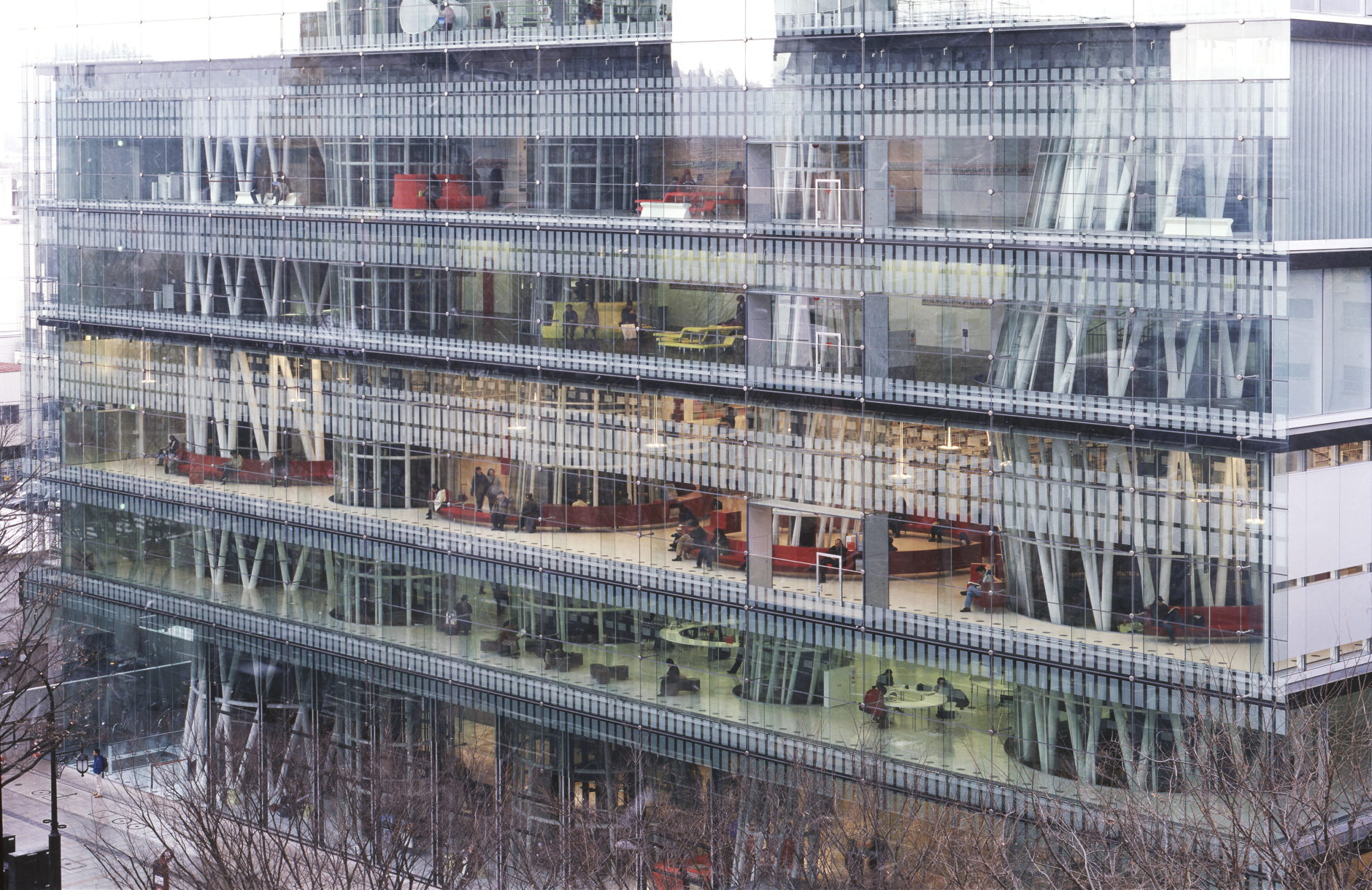 Ito graduated from Tokyo University’s Department of Architecture in 1965 and began working for the firm of Kiyonori Kikutake & Associates. In 1971, he founded his own studio, Urban Robot (Urbot), in Tokyo, changing the name in 1979 to Toyo Ito & Associates, Architects. He has received numerous international awards, including in 2010, the 22nd Praemium Imperiale in Honour of Prince Takamatsu; in 2006, The Royal Institute of British Architects’ Royal Gold Medal; and in 2002, the Golden Lion for Lifetime Achievement for 8th Venice Biennale International Exhibition. 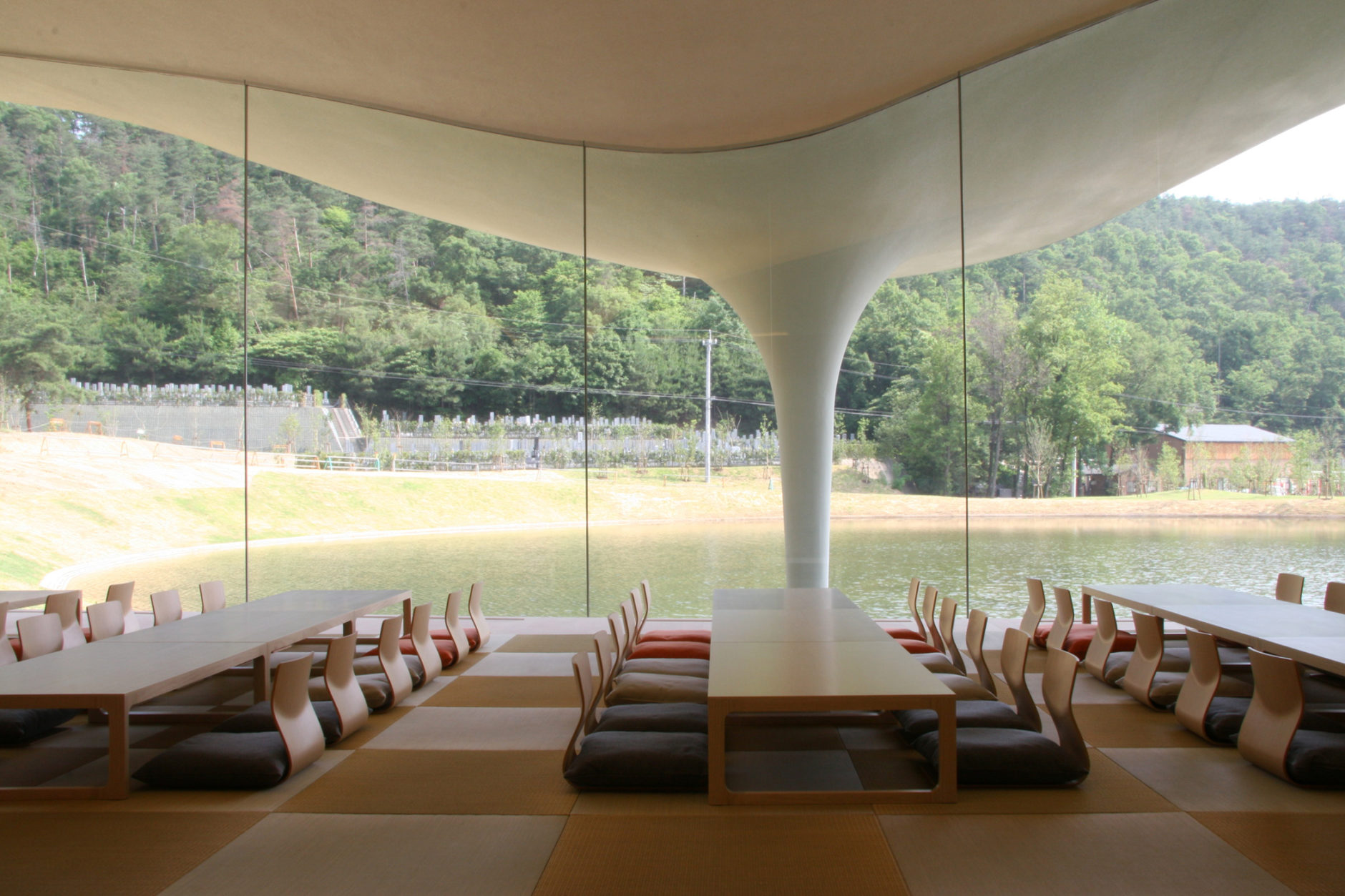 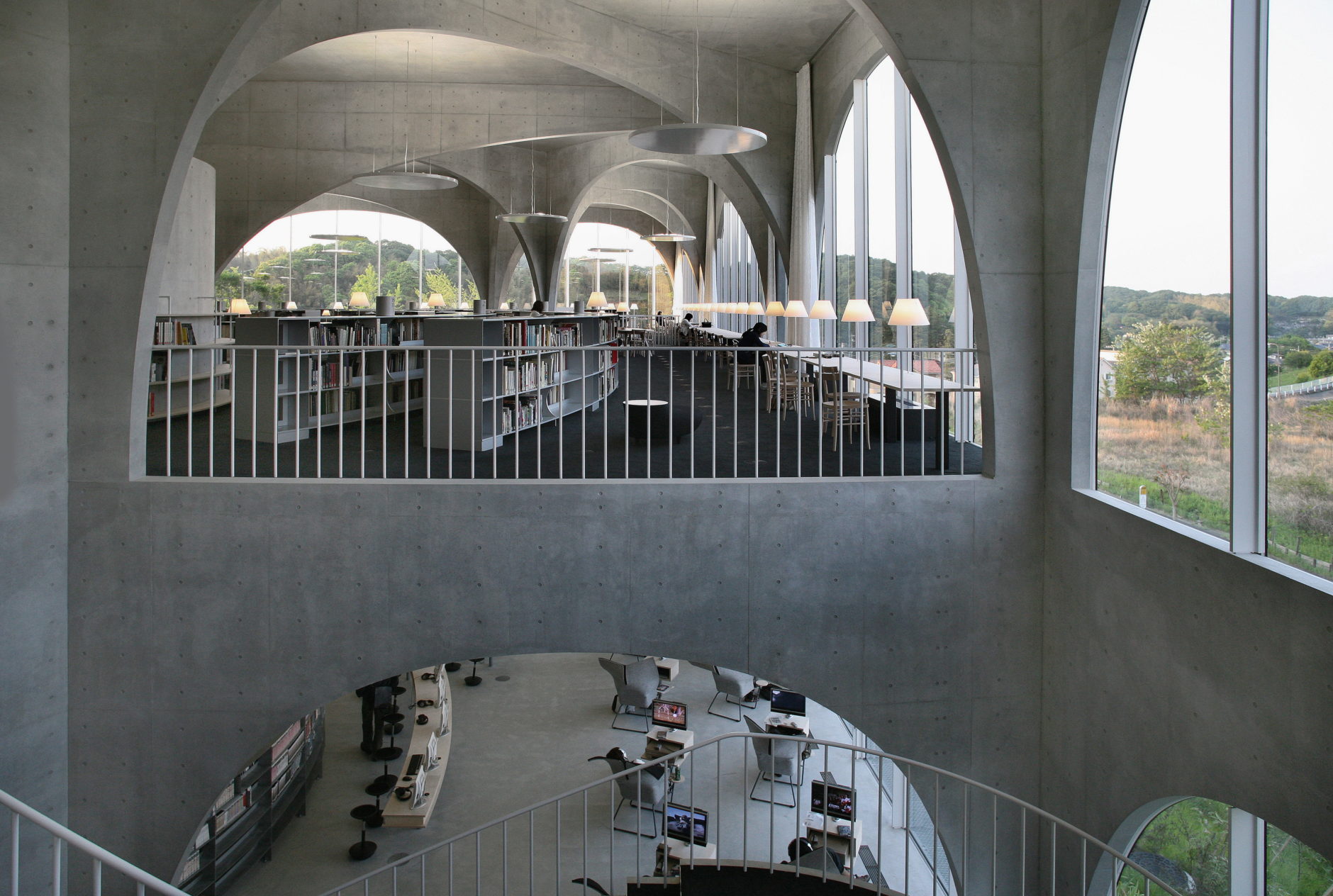 The Pritzker Jury citation describes Ito as a creator of timeless buildings, praising him for ‘infusing his designs with a spiritual dimension and for the poetics that transcend all his works.’ The Chairman of the Jury, Lord Palumbo, quoting from its citation focusing on the reasons for this year’s choice (featured below in full), stated: ‘Throughout his career, Toyo Ito has been able to produce a body of work that combines conceptual innovation with superbly executed buildings. Creating outstanding architecture for more than 40 years, he has successfully undertaken libraries, houses, parks, theaters, shops, office buildings and pavilions, each time seeking to extend the possibilities of architecture. A professional of unique talent, he is dedicated to the process of discovery that comes from seeing the opportunities that lie in each commission and each site.’

Responding to the news, Toyo Ito said: ‘Architecture is bound by various social constraints. I have been designing architecture bearing in mind that it would be possible to realize more comfortable spaces if we are freed from all the restrictions even for a little bit. However, when one building is completed, I become painfully aware of my own inadequacy, and it turns into energy to challenge the next project. Probably this process must keep repeating itself in the future. Therefore, I will never fix my architectural style and never be satisfied with my works.’ 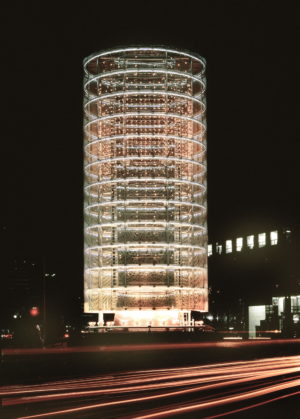 Throughout his career, Toyo Ito has been able to produce a body of work that combines conceptual innovation with superbly executed buildings. Creating outstanding architecture for more than 40 years, he has successfully undertaken libraries, houses, parks, theaters, shops, office buildings and pavilions, each time seeking to extend the possibilities of architecture. A professional of unique talent, he is dedicated to the process of discovery that comes from seeing the opportunities that lie in each commission and each site. 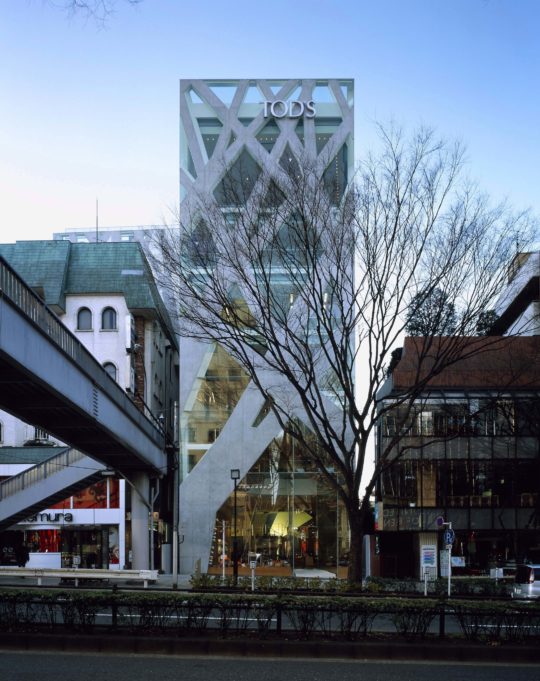 Whoever reviews Ito’s works notices not only a variety of functional programs, but also a spectrum of architectural languages. He has gradually developed and perfected a personal architectural syntax, which combines structural and technical ingenuity with formal clarity. His forms do not comply with either a minimalist or a parametric approach. Different circumstances lead to different answers. From the outset, he developed works that were modern, using standard industrial materials and components for his lightweight structures, such as tubes, expanded meshes, perforated aluminum sheeting and permeable fabrics. His later expressive works have been formed using mostly reinforced concrete.

In a truly extraordinary way, he is able to keep structure, space, setting, technology, and place on equal footing. Although the resulting buildings seem effortlessly in balance, they are the result of his deep knowledge of his craft and his ability to deal with all the aspects of architecture simultaneously. In spite of the complexity of his works, their high degree of synthesis means that his works attain a level of calmness that ultimately allows the inhabitants to freely develop their activities within them.
Innovative is a word often used to describe Toyo Ito’s works. This is apparent in the temporary pavilion created in Bruges in 2002 and the TOD’S building in Tokyo in 2004 where the building skin also serves as structure. Innovation can also be demonstrated through his use of traditional materials in nonconventional ways, such as using concrete to create flowing organic forms as he did in the commercial development of VivoCity in Singapore. In addition, his buildings abound with new technological inventions, as can be seen in the Dome in Odate or the Tower of Winds of Yokohama. This innovation is only possible through Ito’s process of carefully and objectively analyzing each situation  before proposing a solution. 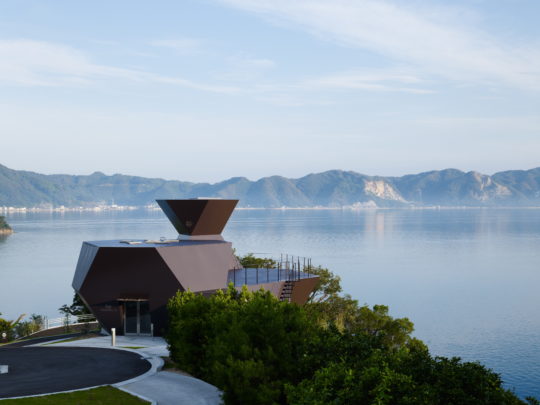 Ito has said that he strives for architecture that is fluid and not confined by what he considers to be the limitations of modern architecture. In the Sendai Mediatheque, 2000, he achieved this by structural tubes, which permitted new interior spatial qualities. In the Taichung Metropolitan Opera House, the horizontal and vertical network of spaces creates opportunities for communication and connection. Seeking freedom from the rigidity of a grid, Ito is interested in relationships – between rooms, exterior and interior, and building and surroundings. 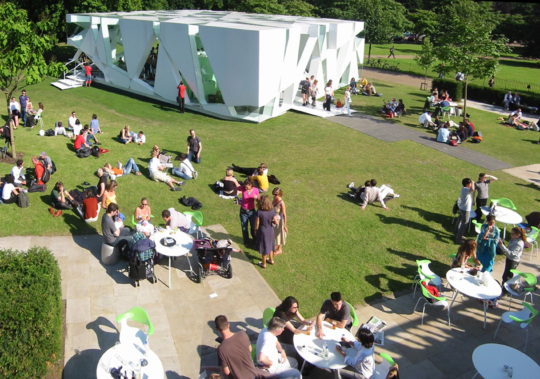 Toyo Ito‘s work has drawn on inspiration from the principles of nature, as evidenced by the unity achieved between organic-like structures, surface and skin. Toyo Ito’s personal creative agenda is always coupled with public responsibility. It is far more complex and riskier to innovate while working on buildings where the public is concerned, but this has not deterred him. He has said that architecture must not only respond to one’s physical needs, but also to one’s senses. Of his many inspiring spaces, the Municipal Funeral Hall in Gifu Prefecture of 2006 or the Tama Art University Library in Tokyo, 2007 or the Serpentine Gallery Pavilion in London in 2002 are but three examples that illustrate Ito’s cognizant understanding of the people and the activities within his buildings. His work in favor of “Home-for-All” or small communal spaces for those affected by the earthquake in Japan in 2011 is a direct expression of his sense of social responsibility. 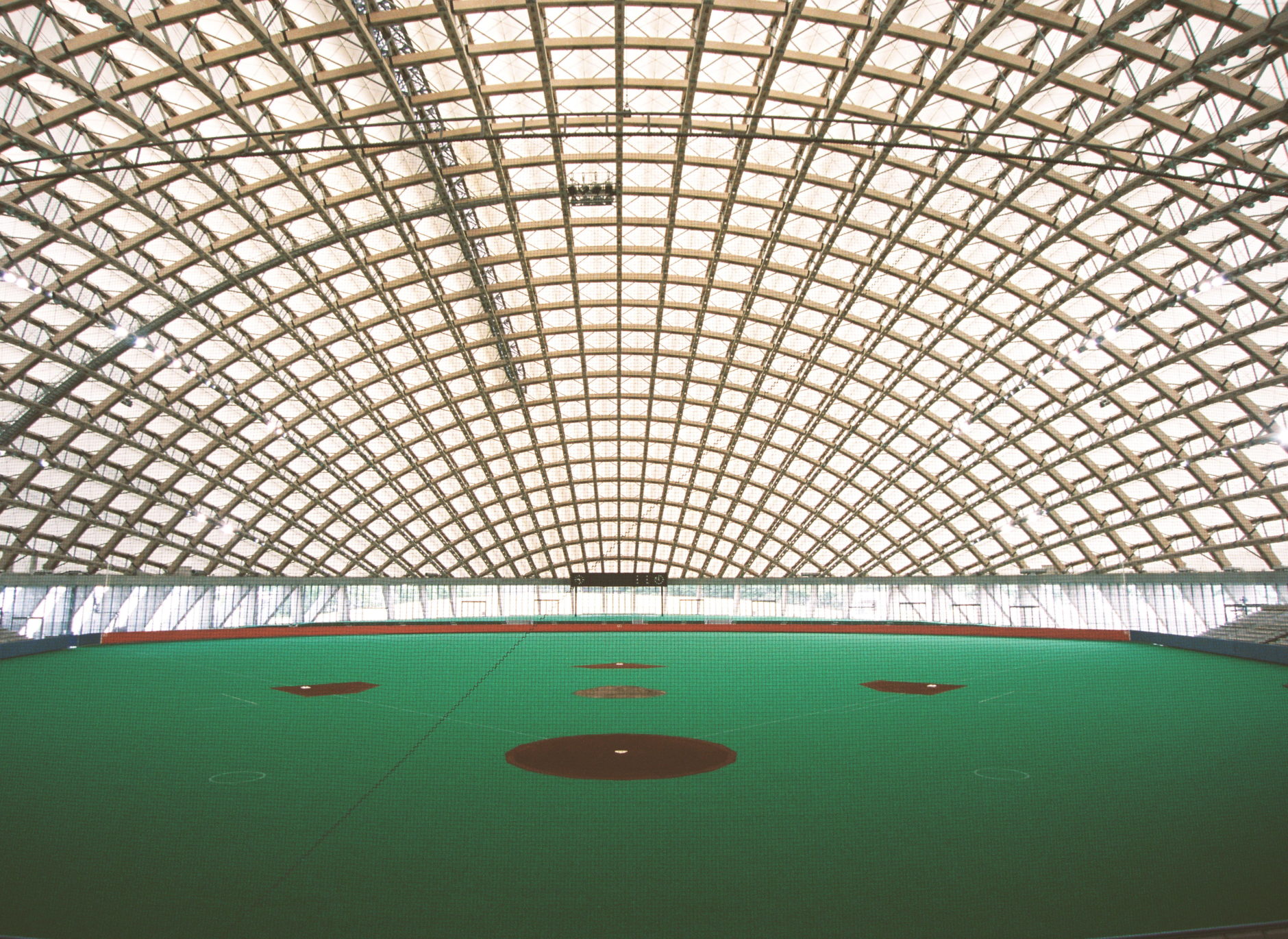 The education of future architects has always been a concern of Toyo Ito. This is apparent in his teaching positions and in the recent rebuilding of the Silver Hut as part of the Toyo Ito Museum of Architecture in Omishima, which is used for workshops and research. Perhaps a more perfect example is his office, which is like a school where young architects come to work and learn. It is evident that while innovating and pushing the boundaries of architecture forward, he does not close the road behind him. He is a pioneer and encourages others to benefit from his discoveries and for them to advance in their own directions as well. In that sense, he is a true master who produces oxygen rather than just consumes it.
Toyo Ito is a creator of timeless buildings, who at the same time boldly charts new paths. His architecture projects an air of optimism, lightness and joy, and is infused with both a sense of uniqueness and universality. 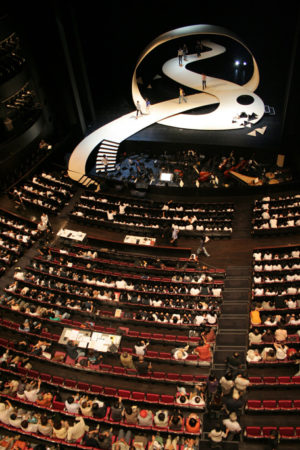 For these reasons and for his synthesis of structure, space and form that creates inviting places, for his sensitivity to landscape, for infusing his designs with a spiritual dimension and for the poetics that transcend all his works, Toyo Ito is awarded the 2013 Pritzker Architecture Prize. 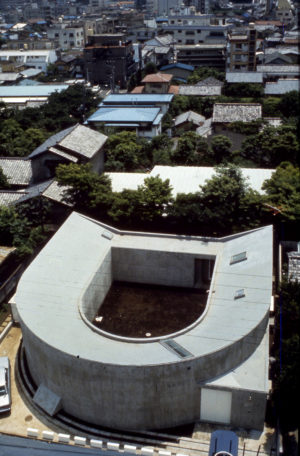 ‘Toyo Ito, his manner, methodology, and generosity of mind and spirit to the younger generation of architects; as well as the brilliance of the constant innovation and execution of his work throughout his long and distinguished career, are qualities that those younger architects would do well to study. Toyo Ito is, quite simply, a master of his profession for all seasons.’

‘His buildings are complex, yet his high degree of synthesis means that his works attain a level of calmness, which ultimately allows the inhabitants to freely develop their life and activities in them.’

‘Toyo Ito’s architecture has improved the quality of both public and private spaces. It has inspired many architects, critics, and members of the general public alike. Along with all others involved with the Pritzker Prize, I am very pleased that he has received the award.’

‘Although Mr. Ito has built a great number of buildings in his career, in my view, he has been working on one project all along, – to push the boundaries of architecture. And to achieve that goal, he is not afraid of letting go what he has accomplished before.’

‘For nearly 40 years, Toyo Ito has pursued excellence. His work has not remained static and has never been predictable. He has been an inspiration and influenced the thinking of younger generations of architects both within his land and abroad.’

‘Since building his own house, Toyo Ito has gradually developed and perfected a personal architectural syntax and language, which combine structural, technical ingenuity and formal clarity with convincing rationality and poetic subtlety.’