The Serpentine Sackler Gallery, a building with an extension designed by Zaha Hadid Architects, will open to the public in Kensington Gardens, five minutes’ walk away from the Serpentine Gallery itself, on Saturday, 28 September 2013. 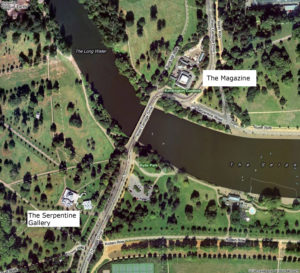 A conversion of The Magazine, a former gunpowder store dating from 1805. At 900m2, it gives the Gallery, led by Co-Directors Julia Peyton-Jones OBE and Hans Ulrich Obrist, new gallery, restaurant and social space, creating an expanded cultural destination in central London. 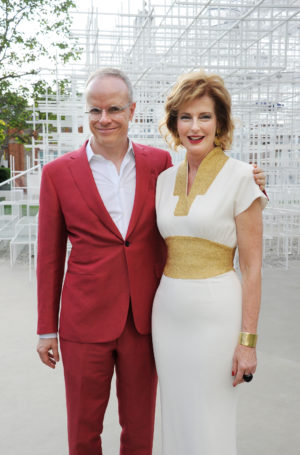 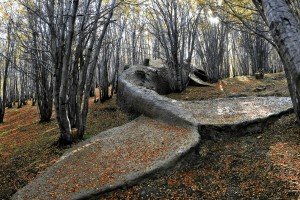 Since it opened in 1970, the Serpentine Gallery has staged a pioneering programme of exhibitions and projects of 1,600 artists over its 43 year long history, championing new ideas in the contemporary arts, and figures ranging from the work of emerging practitioners to the most internationally recognised artists and architects of our time such as Louise Bourgeois, Frank Gehry, Damien Hirst, Jeff Koons, Gerhard Richter, Yoko Ono, Andy Warhol and Ai Weiwei. This does not overlook the creative contributions of those starting out: the 89plus project founded by Hans Ulrich Obrist with Simon Castets staged at the latest Serpentine Gallery Marathon (the eighth in this annual series) on 18-19 October, which will feature artists, writers, architects, filmmakers, musicians, designers, scientists and technologists born in or after 1989.

The new Serpentine Sackler Gallery is named after Dr Mortimer and Dame Theresa Sackler, whose Foundation made the project possible through the largest single gift received by the Serpentine Gallery in its 43 year history, and is also supported by Bloomberg, long term supporters of the Serpentine Gallery as well as sponsors of its opening exhibition by the young Argentinian artist Adrián Villar Rojas and a major retrospective of the work by Italian sculptor Marisa Merz. 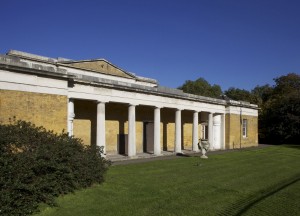 The Royal Parks’ Magazine building, converted into use with an extension designed by Zaha Hadid Architects as the Serpentine Sackler Gallery, Kensington Gardens. Photo: John Offenbach © The Royal Parks and Serpentine Gallery.

The Serpentine Gallery won the tender from The Royal Parks to bring the Grade II* listed building into public use for the first time in its 208 year history in 2010. Working in partnership with them, it has restored the building to a very high standard, renovating and extending it with a design by Zaha Hadid Architects (ZHA), that is a light and transparent structure complementing, rather than competes with, the neo-classical architecture of the original building. 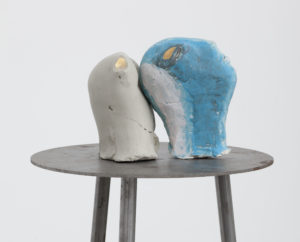 It is ZHA’s first permanent structure in central London and continues the relationship between the Gallery and the architect, which began with the inaugural Pavilion commission the Gallery realised in 2000. The landscape around the new building has been designed and planted by the landscape artist Arabella Lennox-Boyd. 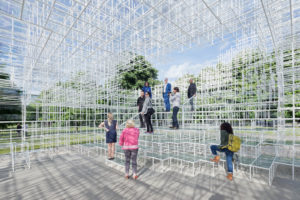 The opening exhibition in the new Serpentine Sackler Gallery is the first UK exhibition, Today we Reboot the Planet (to 10 October) by the young Argentinian artist Adrián Villar Rojas, gaining international renown for his dramatic, large-scale sculptural works in clay and brick. Inspired by the brick-vaulted Powder Rooms at the centre of The Magazine building, he will ‘re-imagine the architecture and original purpose of the new Gallery at the very moment it is revealed to the world for the first time’. Drawing on his ‘self-declared fascination with topics as diverse as science fiction, comic books, popular music and quantum mechanics, his often fantastical sculptures appear as relics from an invented antiquity or an imagined future’, say the Serpentine Gallery. 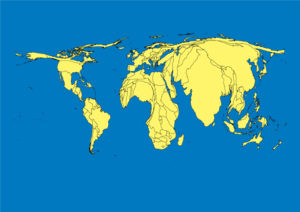 89plus is a long-term, international, multi-platform research project co-founded by Simon Castets and Hans Ulrich Obrist. Population density map of those born in or after 1989, facilitated by Ben Vickers. Licensed under a Creative Commons Attribution-Non Commercial-No Derivs 3.0 Unported License.

Simultaneously, in the Serpentine Gallery, there will be a major retrospective of the work by Italian sculptor Marisa Merz, who received a Lifetime Achievement Award at the 2013 Venice Biennale. An active participant in the Turin-based Arte Povera movement throughout the 1960s, and the only woman associated with the movement, she often works with textiles, playing with scale and materials across the domestic and the industrial.

On 28 September the Gallery will also launch its redesigned website featuring an inaugural Digital commission, and details of the first annual Bridge Commission held, exploring the route between the two galleries with a series of short stories by twelve internationally acclaimed writers. Each story is timed to last as long as it takes to walk from the Serpentine Gallery to the Serpentine Sackler Gallery. To orient visitors and convey the full picture of the Serpentine’s expanded presence in Kensington Gardens, a specially commissioned map by the artist Michael Craig-Martin will become available.

From 28 September, the launch date, the Gallery’s expanded programme of eight exhibitions will now occupy the coming seasons with different shows in each gallery four times a year responding to its unique location in the Royal Park of Kensington Gardens. Part of this is the programme of outdoor sculpture with The Royal Parks, continuing with Fischli/Weiss’s monumental Rock on Top of Another Rock, remaining in place until March 2014.

A seasonal focus gives the wider programme a strong presence, with the annual Pavilion commission signalling the start of the summer in the city, while the multi- disciplinary Marathon, is a key fixture of the week of the Frieze London art fair, this year staged between 17-20 October, in Regent’s Park in the autumn. Frieze London has also had a redesign with a new format to make it more spacious and versatile, by architects Carmody Groarke, with more sizeable public areas and a new layout of galleries. This year’s Serpentine Gallery Marathon on 18-19 October will showcase 89plus, the long-term, multi-platform research project founded by Simon Castets and Hans Ulrich-Obrist. The curators have conceived 89plus as a mapping of the generation born in or after 1989. ‘Without forecasting artistic trends or predicting future creation, 89plus manifests itself through panels, books, periodicals and exhibitions, bringing together individuals from a generation whose voices are only starting to be heard, yet which makes up almost half of the world’s population.

1989 saw the collapse of the Berlin Wall and the start of the post-Cold War period, the introduction of the world wide web and the beginning of the universal availability of the internet, as well as the orbit of the first global positioning system satellite’, they explain. ‘Positing a relationship between these world-changing events and creative production at large, 89plus introduces the work of some of this generation’s most inspiring protagonists’.

‘Without forecasting artistic trends or predicting future creation, 89plus manifests itself through panels, books, periodicals and exhibitions, bringing together individuals from a generation whose voices are only starting to be heard, yet which makes up almost half of the world’s population.’ An open call for involvement in the project’s 2014 activities was recently announced for artists, writers, architects, filmmakers, musicians, designers, scientists and technologists. There is only one rule: you must be 89plus – born in or after 1989.