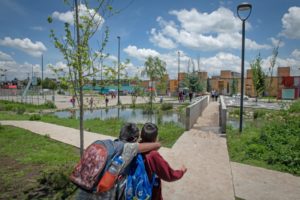 Dwell in possibility: forthcoming issue of Urbanista.org, live in Jan 2020

Dwell in possibility’, the next issue of Urbanista.org goes live in Jan 2020 with interviews with London-based Karakusevic Carson Architects and Mexico-City based Francisco Pardo, a review of Mole Architects’ Marmalade Lane co-housing in Cambridge, an essay by Norwegian participatory design specialist, architect Alexander Eriksson Furunes, and features discussing Future Homes for London, a conference staged by the Royal College of Art’s School of Architecture and Riga’s reinvention of its urbanist legacy. 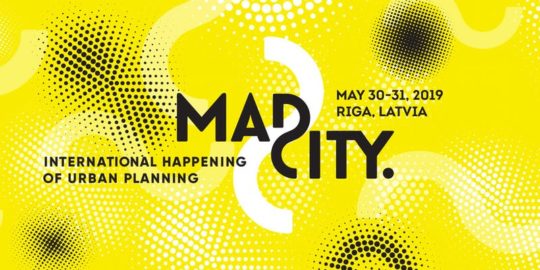 MadCity 2019 explores knowledge and the city

MadCity 2019 – this year’s two day long international happening of urban planning in Riga, the capital city of Latvia, takes place on 30-31 May. As shared mobility expert Angelo Meuleman – a committed MadCity participant – says, the beauty of MadCity is that it is definitely ‘not another conference’. 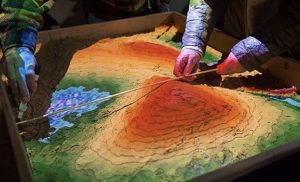 Serpentine Augmented Architecture, a global open call for creative practitioners to design groundbreaking architectural structure to be developed and experienced in augmented reality (AR) on site at the Serpentine Gallery in summer 2019, has been launched (1 Feb 2019) by the Serpentine Galleries in collaboration with Google Arts & Culture. The deadline for entries is

The Pixel HUT is a visual and interactive structure – part architecture design, part performance installation – challenging the identity and function of the primitive hut, which has now been presented in three different iterations. It’s an ongoing interdisciplinary design research project by HUT Architecture in collaboration with Universal Assembly Unit and Dinner at 29.

A major international symposium staged in October 2016 to discuss the new SIBAU – Seoul International Biennale of Architecture and Urbanism – anticipated a paradigm shift in Seoul’s architecture culture and co-created regenerative urban design processes How can a city be experimental with itself? In Victorian times in the UK philanthropists applied notable social experiments

Tallinn, the capital of Estonia, one of the three Baltic States, and formerly a Soviet republic until the dissolution of the USSR in 1991, when it regained its independence and became a democratic republic, has just half a million inhabitants, while overall across its fifteen counties there are 1.3 million. The 2015 Tallinn Architecture Biennale,

An exhibition pavilion, design-build structure workshop and discussion programme, created by a unique team from the UK, Norway and China for the national, regional and thematic pavilions section of the 2015 Bi-City Biennale of Urbanism\Architecture Shenzhen, 5 December 2015-28 February 2016. Exhibitors including: WORKSHOP architecture, Assemble – announced on 7 December 2015 as winners of the

The BIO-URBAN Design Lab, led by Marco Poletto and Claudia Pasquero – founders of ecoLogicStudio and leaders of the BIO Urban Design Research Cluster of the MArch Urban Design programme at the Bartlett School of Architecture, UCL – embarked in a research trip to the Sonoran desert in Arizona in March 2014.

The Urban Design Group’s National Urban Design Awards 2014 were presented on 12 February during an evening showcasing some great examples of urban design work produced throughout the UK over the past twelve months. Lucy Bullivant’s title Masterplanning Futures was awarded the 2014 Book of the Year Award and, in describing the title, the Urban 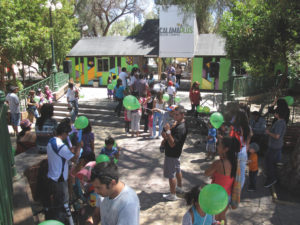